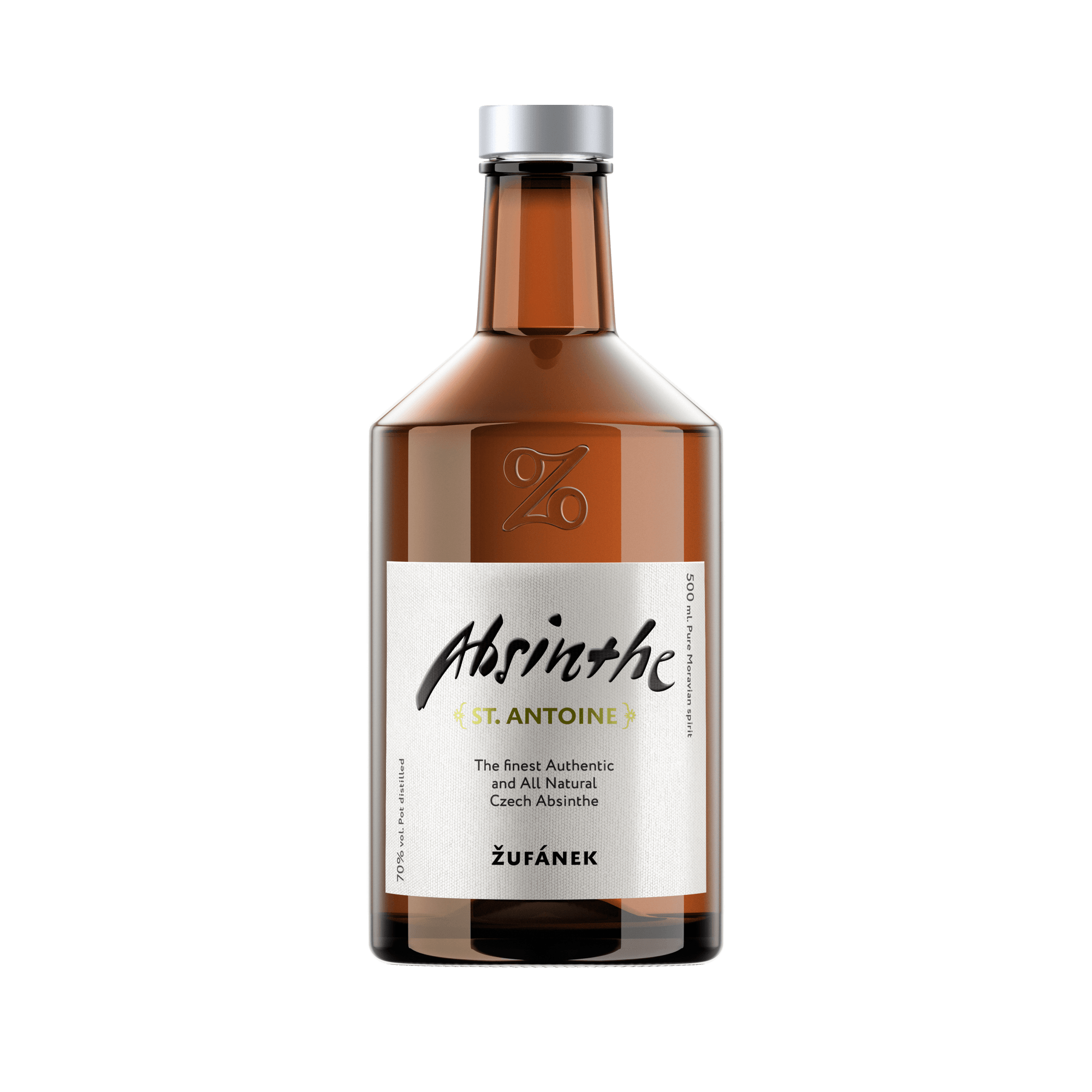 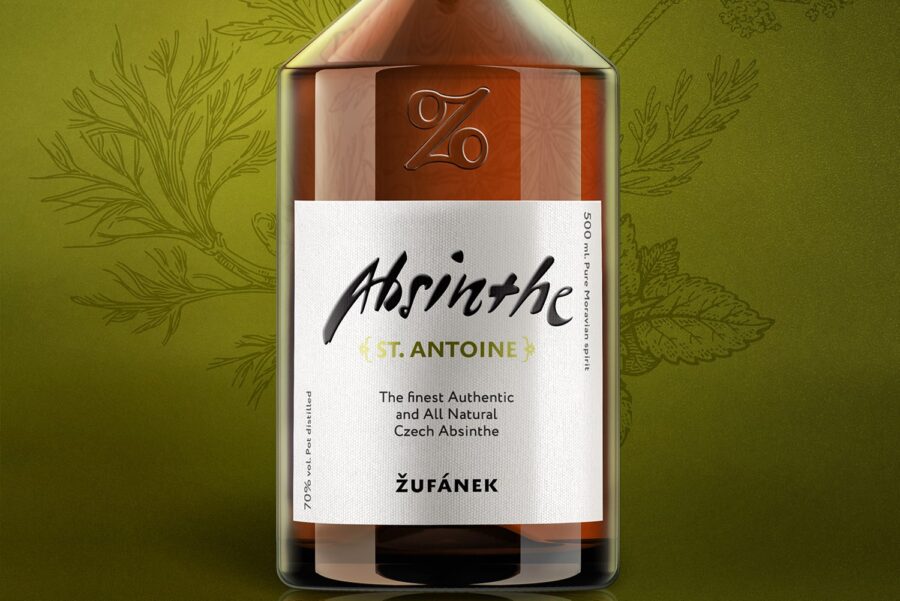 Absinthe originated in the 18th century as a concentrate of flavors and aromas distilled from the finest herbs, which prior to drinking is diluted with cold water according to the preferences of the consumer.

The legendary, mystical and sinful drink of bohemians, artists and barflies, prepared according to an orginal French recipe and process. St. Antoine Absinthe is born by the slow distillation of select herbs, including the wormwoods Artemisia absinthium and Artemisia pontica.

In accordance with our motto, “100% all-natural products”, we formulated our absinthe utilizing only natural ingredients. The base is high-quality grain neutral spirit, into which select herbs and spices are macerated for a precisely determined amount of time. The entire macerate is then distilled, from which we obtain a clear spirit. Into this resulting distillate we then add a second selection of herbs which gives absinthe its specific color and further enhances the already heady aroma and flavor.

Absinthe (properly written absint and not absinth in Czech) is an alcoholic beverage produced first and foremost from wormwood, anise, fennel along with other herbs (lemon balm, hyssop, Roman wormwood and more).

The modern world currently distinguishes two types of absinthe. The first is French (or Swiss), which is always distilled. This is what we refer to as real absinthe. It has been served for centuries, diluted with cold water, commonly in the ratio of 1:3. The resulting drink has a milky opacity, the so-called louche.

The second type is an Eastern European variant, often referred to as absinth (without the final e), created in the 1990s in the Czech Republic, frequently exhibiting a chemically-induced blue, red or other unnatural color. It is cold mixed using alcohol, extracts, artificial flavors and colored with synthetic dyes. These Czech absinthes do not at all epitomize the original form of this drink, but because of them, unfortunately, many get the wrong impression about the nature of real absinthe, which looks, tastes and smells completely different.