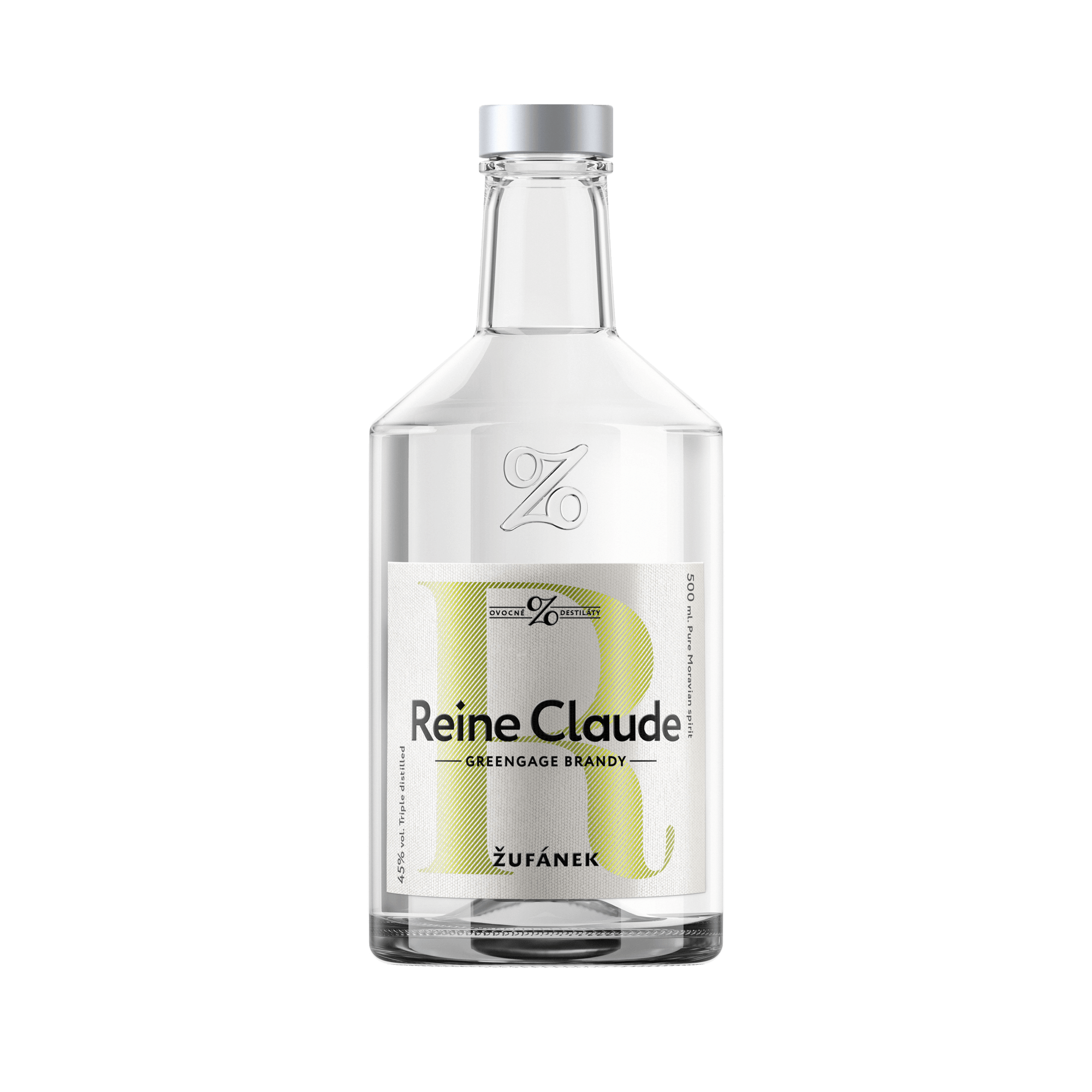 True fruit distillate from greengage plums. The first annual greengage plum brandy from Zufanek, coming to market after nearly four years of aging and limited to a very small-scale quantity.

Reine Claude (another name for the greengage varietal, from the French for “Queen Claudia”) is the title we’ve bestowed on the noble spirit distilled from our greengage fruit.

The greengage plum is distinct from green or yellow-red plums with a sweeter taste. The resulting distillate has nuanced characteristics compared to traditional plum brandy. The aroma and taste exhibits a honey-like sweetness typical of the yellow fleshed plum varieties.

Distillation of these plums is rare and greengage brandy is much less common than brandy from other plums. Of our batch from 2016 there is a mere 480 liters! All the fruit used comes from our orchards situated in the White Carpathians.